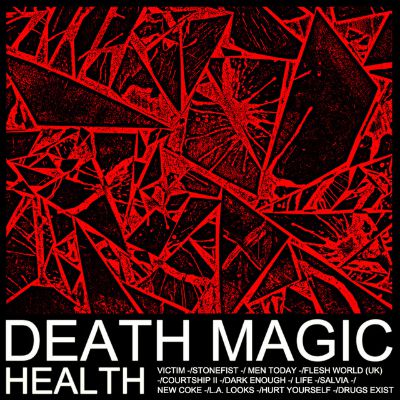 In a surprising turn in HEALTH’s niche-noise career, the band have gone totally danceable for the long-awaited Death Magic. The L.A. group’s harsh, turbulent sound is still there—tracks wracked with punishing beats, squealing synths and guitars. But songs like “L.A. Looks” and “Flesh World” show off something new: the elevation of Jake Duzsik's voice in the mix. No longer does Duzsik coo under layers of grinding sound; instead, his voice is crisp and clear, resulting in the most “pop” forms HEALTH have ever delivered. The shift toward less discord and more opportunity for a listener to sing along may initially throw off a seasoned HEALTH fan, but it is sure to introduce new ears to one of the most accessible noise bands of the last decade.