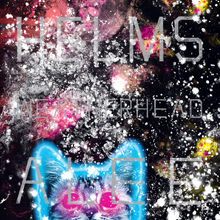 This Seattle-based trio fronted by Ben Verellen, formerly of sludgy rumblers Harkonen, can get heavy when they feel like it, but just as often, if not more so, they drift into more psychedelic, shoegazey spaces. Verellen is supported by bassist Dana James and drummer Hozoji Matheson-Margullis, each of whom also sing. In fact, the two women sing more than he does, and not just because he mostly barks and roars. James’ voice has a cool detachment that recalls Kim Gordon’s vocals on Sonic Youth’s “Shadow Of A Doubt,” and the women’s sometimes woozy, sometimes edgy harmonies are crucial to the band’s expansive, dreamy sound. When James and Verellen harmonize, on the other hand, it can be like the second coming of John Doe and Exene Cervenka of X. Ultimately, Weatherhead (the second Helms Alee full-length, following 2008’s Night Terror) sits comfortably somewhere in the neighborhood of Kylesa, Totimoshi, recent Melvins and even (maybe most of all) Baroness. There are riffs and vocal melodies on this album that could have been cribbed straight from Blue Record. This is one of the best heavy alternative rock albums of the year, combining ’90s throb with ’70s stoner riffs and thick coatings of fuzz, swirling it all into something that’s recognizably of a specific subgenre (see the work of all the bands cited above) and yet unique and heartfelt. Highly recommended.