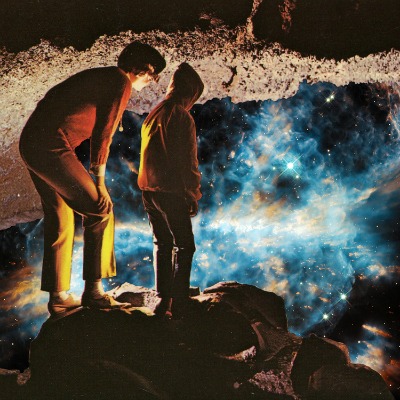 The Boy Who Died Wolf

Highly Suspect successfully avoid the dreaded sophomore slump after snagging two Grammy nods for last year’s debut full-length, Mister Asylum. The hard-hitting follow-up, The Boy Who Died Wolf, starts strong with the passionate “My Name Is Human,” carved out perfectly to be a memorable radio-rock hit, and it’s followed by post-punk vibes with the fast and loud “Look Alive, Stay Alive.”

While sticking to their grungy roots overall, the trio venture off and try something new with “F.W.Y.T.,” whose heavy drumbeats looped with airy, repeating vocals make it sound more like the backing to a hip-hop track than a rock one. They also explore a softer side on “Little One,” with frontman Johnny Stevens’ gritty vocals contrasting a slow yet upbeat instrumental.

The band flex their storytelling muscles on tracks such as the slow-building, Queens Of The Stone Age-sounding “Serotonia” and the piano-driven “Chicago,” both of which transport the listener on quite a lyrical journey. No-holds-barred content is prevalent throughout, whether it’s opening with “I wish that everyone I knew was dead” (“Serotonia”) or tossing in a phrase such as “Wake up/Try not to suck” (“Postres”), which is just begging to be printed on a trendy tee. However, nothing compares to the politically fueled “Viper Strike,” tackling everything from race and gun violence to homophobia and religion with an uncensored and unapologetic approach.

Highly Suspect have delivered on the promise of a continued refreshing zero-fucks-given attitude that appeared on their debut, proving that they are here to stay—whether you like it or not.