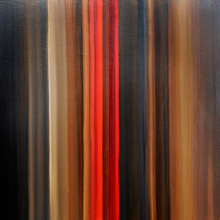 I Was Totally Destroying It

In their five years together, I Was Totally Destroying It have been as hard-touring as they have been prolific; the band’s fourth full-length, Vexations, comes off as a product of hard work, polished to near-studio perfection. From the opening title track, each piece falls in a matchless line—wavering keyboards are followed by effects-laden guitar, then Rachel Hirsh’s clean pop vocals and John Booker’s harmonizing layers drop in, completed by the addition of drums and the warmth of bass. It is a pattern of sonic organization that serves the album well, as each instrument pulled to the top of the mix with equal consideration. Hirsh and Booker’s voices almost completely coalesce throughout the 12 tracks, but they maintain a distinct dual clarity reminiscent of the Anniversary or Broken Social Scene. “Hello, Salty Ghost” gives Booker’s voice too much space to sound awkward and forced, but it may be the only point on Vexations that doesn’t border on flawlessness. Motion City Soundtrack guitarist Josh Cain serves as the album’s producer, and his vision is clear: IWTDI area classic power-pop band with a solid foundation, and he knows how to show the quintet’s strengths off. “Seasonal Low” is a smartly positioned closer for Vexations—piano intertwines and softens harsher keyboards and a pointed bass tone, giving Hirsh’s gentle and robust coos the last few moments to shine.