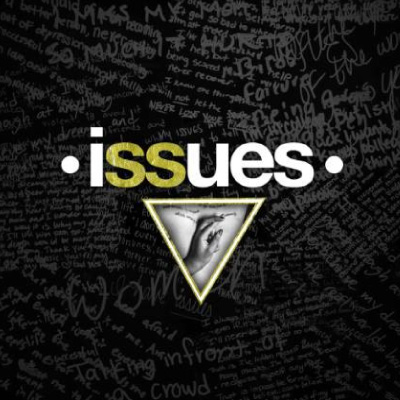 “Fuck the voice of a generation/I just wanna be who I am.” With that said, Atlanta’s Issues have made the mission statement for their debut album. The certified banger “Mad At Myself” lets frontman Tyler Carter strut over poppy, djent-based breakdowns as he boasts, “She’s like a Honda/These days, I drive Mercedes.” The lead single “Stingray Affliction” drives a downtuned riff load so heavy it would be pulled over and escorted to the nearest weigh station. “Personality Cult” is more of a disorder, exposing some of the record’s genre-inbreeding. Overall, Issues have nailed a balance between their super-produced metalcore with post-hardcore dual vocals and nü-metal electronics. Carter is the soulful star as expected, taking the spotlight on Issues while co-vocalist Michael Bohn screams bloody murder over the most punishing parts. There’s no break in his brutality—you hear Bohn but struggle to feel him, contrary to Carter, who gets carried away in a good way for the epic closer, “Disappear (Remember When).” Four minutes in, a gospel choir accompanies Carter as he delivers his final sermon. This is the future of metalcore.