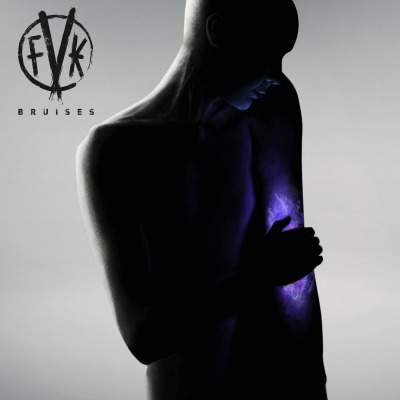 On Bruises, Fearless Vampire Killers abandon their fantastical proclivities to examine life’s secrets and darkness. Playing down their previous polarizing pomp, FVK deliver an honest, captivating collection that will speak to a broader audience while satisfying their faithful. Depressive realism looms heavy where the band once depicted the gruesome with a wink and smile. When co-vocalist Kier Kemp growls “It's our little secret now” in the adulterous “Feel Alive,” it no longer feels like a laughing matter. Similarly, co-vocalist Laurence Beveridge’s ruminating on suicidal thoughts in “Stepping Stones” induces unsettling dread. Despite bleak contents, the album isn’t agonizing: FVK’s “death pop” dazzles with upbeat, melodious technicality as they channel glam (“Regret”) and pop-punk-meets-musical-theatre on the standout “Keep Smiling,” which attacks the music industry with venom-dripping irony. Whether Bruises will send FVK international remains to be seen: If you haven’t been paying attention, it would be wise to start now. (4.5 stars)

Want more FVK? Pick up AP 328 for a full feature on the band.