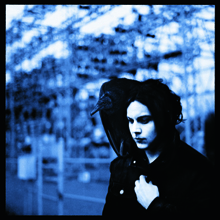 Since the White Stripes stopped taking thorny, deconstructed blues to the bank (thereby cashing all of Jon Spencer, Jeffrey Evans and Matt Verta-Ray’s checks), Jack White has dipped his muse into various idioms like he was doing laundry by the side of the river and letting it dry on the rocks. Whether he’s dealing in chrome-plated early-’70s rock with the Raconteurs, fierce post-punk with the Dead Weather, straight-up country with Loretta Lynn or the foreign-cinema-inspired themes in Danger Mouse’s Rome project, White has proven himself to be just as good a listener as he is a player. He knows when to honor tradition and when to stab it in the groin. And let’s face it: He’s quite the charismatic bastard, as well.

For a guy who’s made a career on bringing the rock, there’s not a whole lot of the stuff on Blunderbuss. C’mon, who wasn’t stoked watching White throw down “Sixteen Saltines” during his appearance on Saturday Night Live? That track is here, albeit in a significantly dialed-down version. “Trash Tongue Talker,” a dose of shot-and-a-beer swagger Mick Jagger and Keith Richards forgot to add to Exile On Main Street, features White on upright piano and lyrical bitch-slapping (“I got some words for your ass/You better find somebody else up the street”). There’s also a shit-kicking cover of Rudy Toombs’ “I’m Shakin’,” teeming with guitar belligerence a la “Icky Thump” and further bolstered by the Black Belles’ guitarist, Olivia Jean, and Autolux drummer Carla Azar. (Extra points for White’s Three Stooges patois when pronouncing “nervous.”)

The rest of Blunderbuss has a special casualness to it, thanks to White surrounding himself with a coterie of Nashville locals able to take him where he wants to go. The destination in question may very well be back to the early ’70s, where country- and blues-tinged crossover records captivated America’s post-Vietnam psyche. While they aren’t literal quotes, White and friends have the uncanny ability to conjure such respected moments as Neil Young’s venerable 1972 classic, Harvest (the title track), Elton John’s pre-glitter-and-hit-single eras masterpiece Tumbleweed Connection (“Weep Themselves To Sleep”), and Bob Dylan’s Blonde On Blonde (“I Guess I Should Go To Sleep”). Sure, you’re probably not going to hear Blunderbuss over the PA between stages at Warped Tour (or even Pitchfork Music Festival). But if Jack White can point new generations of music fans toward investigating rock’s rich history, he will have done more for culture than any Clear Channel-owned radio station, music mag or internet message board. And if he can’t? He can press it onto tri-colored vinyl and sell it to those of us singing its praises.