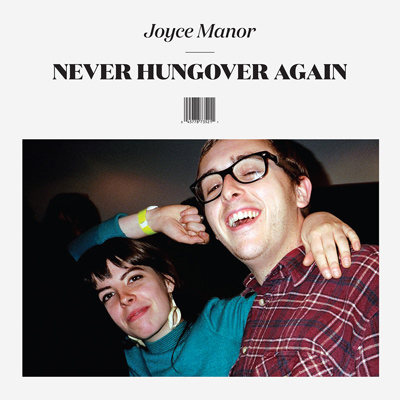 The title of Joyce Manor's 2012 effort Of All Things I Will Soon Grow Tired proffered a self-fulfilling prophecy. While their sophomore album expanded the Torrance, California, band's scope to include alluring shades of new wave and lo-fi influence that pushed their power-pop-corroded punk into new waters, envisioning a hypothetical scenario where Guided By Voices decided to record a “punk” EP in the mid-’90s, the band almost disowned it outright. Granted, its acoustic asides and sporadic keyboards seemingly precluded them from translating the songs live with ease, but even so, very few made the cut (judging from a general perusal of their documented set lists since the album's release). Lead vocalist/guitarist Barry Johnson seemed prideful of the album in interviews but espoused his personal preference for their fan favorite self-titled.

All this mistreatment of a major musical growth seemed to signal that the band would make a hasty return to the feisty anthems of their earlier years for their Epitaph debut. Thankfully, that's not at all the case, as Never Hungover Again is another maturation that just barely splits the difference between the lower-brow, angsty restlessness of Joyce Manor and the more ambitious sprawl of Of All Things.

From the immediate mid-tempo stomp and pained howl of opener “Christmas Card,” it's clear the band are still using their time wisely, and feeling confident doing so that they've stretched their LP length to 20 minutes long. They take a brief moment for some meditative restraint towards the end of this track, and build its followup, “Falling In Love Again” with similar grace, grounding the latter with a Phil Spector-like wall-of-strum and a synth-programmed string section that makes the band's romantic wistfulness hit harder than ever.

Nothing necessarily sounds any different for Joyce Manor, really. The faint echoes of predecessors like Weezer and contemporaries like the Menzingers remain, and the jangle-pop influence of the Smiths certainly looms larger at times (“Heart Tattoo,” beautifully acoustic/electric layered closer “Heated Swimming Pool”), but the band just sound better than they've usually been in the past. The hooks are delivered with more deliberation and the songs take a second to unfold, even bearing repeating parts at times, while coming at the listener with a constant thrust of memorable, inviting melodies.

Oddly, the front half is overloaded with mid-paced fare, while the energy seems to pick up for the flipside, notably for the driving standout “In The Army Now” and bash-away first single “Catalina Fight Song.” It makes for a strange imbalance of momentum that halts as similarly curtly as “I'm Always Tired” did on Of All Things. It doesn't, however, take too much away from everything that preceded it, which makes Never Hungover Again another ostensibly strong album in Joyce Manor's catalog, and one that hopefully doesn't go unfairly overshadowed as well.