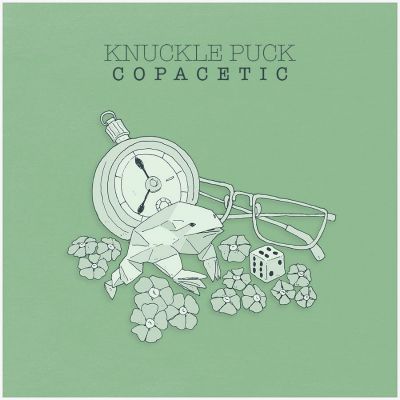 Pop-Punk Nation wants to know: Did Knuckle Puck deliver a solid album after a string of quality EPs? Of course, they did. Tracks like “Disdain” and “Poison Pen Letter” drive the album's first half with the energetic pop punk the band are known for. “Swing” adds in a nice touch of emo, while “Ponder” slows things down for a mid-album break with extra instrumentation and an impassioned vocal performance. This is the exact thing we were hoping the band would pull out for their debut. “Evergreen” absolutely kills it with dramatic emo flair, and the psychically intense “In Your Crosshairs” is particularly excellent. Copacetic has tons of passion and enough variety: Knuckle Puck have pulled off nothing short of a great debut.