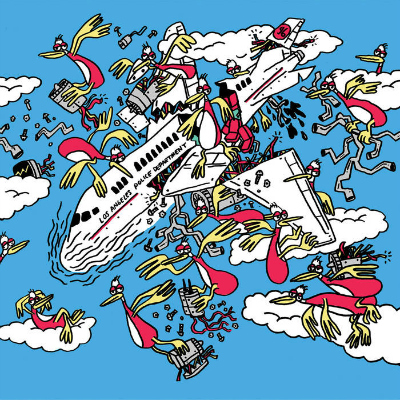 WHAT'S DIFFERENT: The sense of intimacy and the country-tinged aesthetic survive from LA songwriter Ryan Pollie’s 2014 debut, which produced the left-field hit “She Came Through (Again).” But this eponymous follow-up wisely turns its gaze out the bedroom window. With a major-league mix from Rob Schnapf, Pollie’s fragile vocals float here atop arrangements that use synths and echoing drums to create an appealingly spacious setting for confessionals like “The Plane” and “Grown.”

WHY YOU SHOULD CARE: Pollie has set his sights on the big dogs this time out. The expansive sound here is mirrored by a press release that name-checks Paul McCartney, Brian Wilson and Randy Newman. None of these songs reach that lofty level, but fans of inward-looking popsmiths like Elliott Smith and Daniel Johnston (whose artwork gets a subtle nod through the graphics) will find some gentle little gems in this police department lost-and-found.