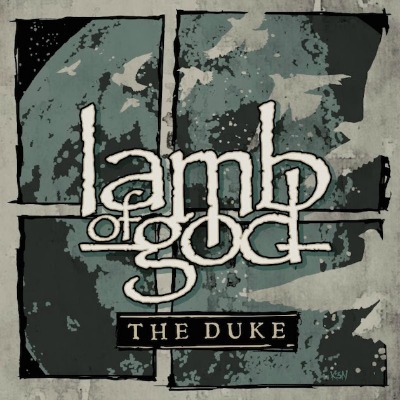 EPs tend to be stopgaps: an easy way to hold fans’ attention between albums. Considering that Lamb Of God dropped their last full-length, VII: Sturm And Drang, a year ago, simply releasing the two new songs on The Duke would’ve been enough to buy the band time. But focusing on that is missing the EP’s point.

The title track memorializes Wayne Ford, a fan of LoG who passed away from leukemia; and while the EP itself is an awareness-raiser, the band are also raising funds (via Propeller) for the cause. Lyrically, “The Duke” is a meditation on the finite, fleeting nature of life, so as much as it’s disarming to hear frontman Randy Blythe actually singing, the mellower direction makes sense. The music, of course, snaps and chugs in ways that recall LoG’s earliest material, so if you’re coming here purely to rage, you’ll find plenty to love. The second new track, “Culling,” is more prototypical LoG fare, with Blythe snarling his way through a lunging, stop/start groove that’s as machine-precise as it is soaked in the blues.

These two songs alone would’ve made a solid EP, but fans will dig the three extra tracks recorded during festival gigs: “Still Echoes” (from Germany’s mega-fest Rock am Ring), and “512” and “Engage The Fear Machine” (both love from Bonnaroo). The extras don’t reveal anything new musically, but as a way to thank fans for supporting the higher cause, they’re bonus material in the most generous sense of the term.