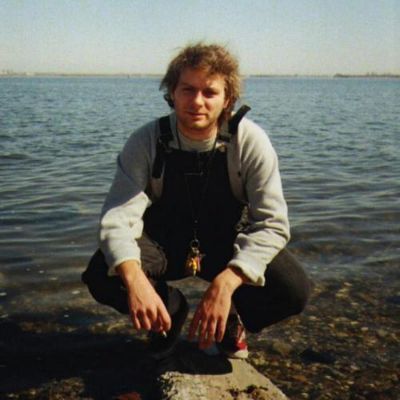 There are a lot of people who have worn thin on Mac DeMarco’s schtick. He’s perpetually sardonic with a cigarette dangling from his grin; the reigning court jester of indie rock, his live shows are infamously vulgar. For his new release Another One, he hosted a barbecue listening party for fans —which he announced via an Instagram shot of him placing the EP on a grill with hash tags like #penis and #peaceonearth. On the last track, he lists his home address and promises coffee for fans that stop by. With moments like those, Mac DeMarco can come across as a gimmick. That’s a shame, because his music shouldn’t be lost in the shuffle.

Another One is an album of love songs. They aren’t all happy, but the record escapes the pigeonhole classification of “the breakup album.” It’s DeMarco’s take on the Stephen Merritt quote about how 69 Love Songs isn’t an album about love but rather an album about love songs, which can have very little to do with love.

The first three tracks, “The Way You’d Love Her”, “Another One”, and “No Other Heart” kick the album off with welcome additions to the ever growing canon of Mac’s quirky crooning. “The Way You’d Love Her” breezes along with a near mumbled melody over a signature sunny DeMarco guitar riff which helps him as sounds head over heels. Eventually, he yelps and lays out a guitar solo that complements the heart stuck firmly to his sleeve. “Another One” is built around analog synths that emphasize how simply forlorn he sounds as he sings “Must be another one she loves.” “No Other Heart” continues this genuine, stripped down lovesick sound, a refreshing change from the reverb drench of Salad Days.

DeMarco has always named the Beatles and Jonathan Richman as major influences and they are apparent throughout the “mini-LP.” He likes simple, love songs with earnest songwriting. He’s got a great ear for melody and even his tracks that seem slightly “throwaway” show exciting bones. “I’ve Been Waiting For Her” sounds like a demo for a U2 song, which somehow works. His guitar tone is like no one else, a pristine drunken sweetness that verges on sugary. This go-around, it reads vulnerable, and while we’ll never know how autobiographical the record may be, its universal appeal is undeniable.