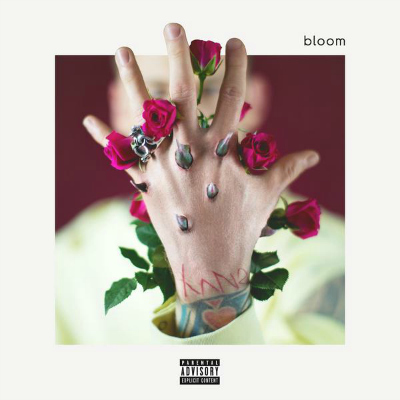 WHAT'S DIFFERENT: The best way to view MGK’s third studio set is through the prism of two recent tracks. One of them, of course, is “Bad Things,” the breakthrough duet with Camila Cabello that blew up last year by showcasing Kells’ softer side. bloom contains a half-dozen successors to that deserved hit, including first single “At My Best,” which teams MGK with Hailee Steinfeld for a bit of Rocky-style underdog uplift, and the lazily-strummed “Go For Broke,” which could be a lost Kid Rock outtake. But the other half of the album traces its lineage to the 2016 release “Young Man,” a trap anthem that twitches like a meth-addicted rattlesnake. That track isn’t on bloom, but Kells makes a statement of sorts by leading off with a pair of direct descendants: “The Gunner,” an equally ominous one-chord stunt, and “Wake + Bake,” which grafts Hendrixian guitar onto a crawling, coughing rhythm. The album splits neatly down that divide: half Bic-flicking smashes and half narcoticized club moves, offering just enough to both of MGK’s key constituencies. The only missing element, perhaps, is that his touring band never really gets the chance to cut loose and take this album to rap-rock heaven (“Let You Go” feels like a missed opportunity).

WHY YOU SHOULD CARE: The number of MCs who share thugged-up, drugged-up tales of redemption like these is nearly infinite. So it all comes down to a simple question: Do you buy the guy who’s selling you this story? Mostly here, the answer is yes. There’s a sincerity about Kells that elevates the chord progressions and sentiments you’ve heard before. He’s certainly not the first rock star to suggest a relationship as “Rehab,” and the obligatory “I-might-not-be-with-you-long” closer “27” lays it on a little thick. But bloom feels less like the work of a persona than an authentic attempt at sorting out a sometimes messy life—far from perfect, yet perfectly compelling.

STREAM THIS: “The Gunner”