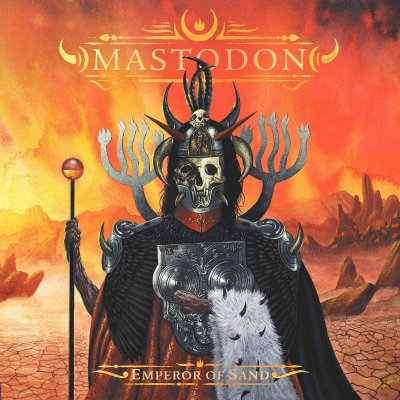 WHAT'S DIFFERENT: There is only one band who can go from extreme metal to classic rock and somehow make it sound seamless and that band is Mastodon. On “Steambreather,” they show a wildly increased confidence exploring their classic-rock sensibilities with much success. Remission this ain't, but with the melodies of killer songs like the highlight “Ancient Kingdom,” Mastodon prove they just keep moving ahead with this enveloping and rewarding album.

WHY YOU SHOULD CARE: Anyone following the career arc of the prog-metal/rock titans shouldn't be too surprised that hyper, labyrinthine opener “Sultan's Curse” is followed up by a brisk, concise, catchy rocker in “Show Yourself,” which sounds like it could easily be a radio hit. Not what you go to Mastodon for? Head to the next song, “Precious Stones,” where the psycho prog-metal returns.