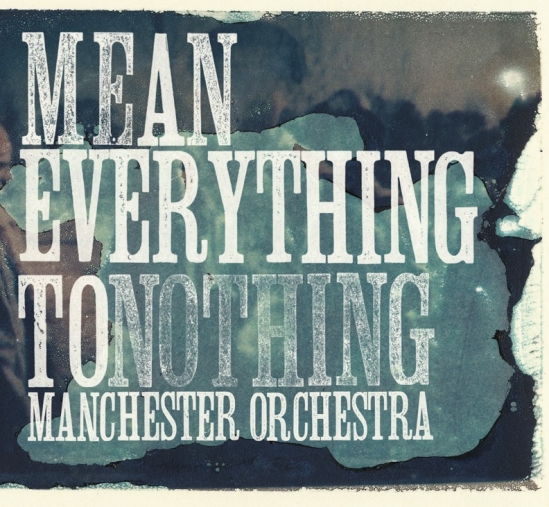 Mean Everything To Nothing

For a substantial stretch of 2007, it was mandatory in certain circles to pledge your devotion to Manchester Orchestra-even if you hadn’t heard their debut full-length, I’m Like A Virgin Losing A Child. After all, Brand New’s Jesse Lacey liked them, and Jesse Lacey doesn’t like anything (well, except for Kevin Devine and flannel shirts). But did they deserve the praise? Instead of adhering to predetermined scene aesthetics or reluctantly adopting the image of who everyone else wanted them to be, Manchester Orchestra ignored their own hype and answered with Mean Everything To Nothing-a masterpiece of intricacy and honesty, securing the right to never be second-guessed. Not even by Jesse Lacey.

Manchester Orchestra are essentially the vehicle of frontman and primary songwriter Andy Hull, and on Nothing, there’s no chance that fact will be lost on you. While Hull’s brutally visceral storytelling and spiritual uncertainty colored I’m Like A Virgin Losing A Child, he opens himself here with far more reckless abandon. Within the first two lines of the album opener “The Only One,” Hull-the son of a minister-removes any doubt that this is anything but his story when he confesses, “I am the only son of a pastor I know who does the things I do.” When the ensuing wall of Southern-tinged, hot-rod distortion crashes around him, it’s evident that their sophomore effort makes the band’s relatively raucous debut seem restrained by comparison.

Mean Everything To Nothing is deceptively complex and overtly Southern, giving the impression of a straight-ahead rock album, but riding countless dynamic shifts, instrumentation changes and separate song movements. While slide guitar and Hull’s distinct Georgia twang move to the foreground, the background is tinted with electronic flourishes and layers of backing vocals (“I’ve Got Friends,” “I Can Feel A Hot One”) that turn minimalist ditties into the type of sludge-fueled anthems unheard since the mid-’90s (“Pride,” “Everything To Nothing”). In fact, there’s something familiar about every corner of the album, which Hull loosely fashioned after another dark opus, Weezer’s Pinkerton. While “My Friend Marcus,” with its quirky instrumentation and overdriven guitar, could easily fit on that disc, there are elements throughout Nothing that seem to subliminally pay homage to the likes of everyone from the Beach Boys (“The Only One”) to Nirvana (“In My Teeth”). But Manchester Orchestra manage to take these influences and weave them into something patently fresh-sounding.

With Nothing, Manchester Orchestra have created what will inevitably be regarded as one of the landmark releases of 2009, and more noticeably, they’ve exceeded the hype that’s surrounded them for nearly three years. Let’s see how they respond next time when there’s a world of pressure to follow-up what is clearly the best album of their career thus far. Or, instead, maybe it’s time to stop worrying about Manchester Orchestra.

ROCKS LIKE:
Nirvana’s In Utero
Radiohead’s OK Computer
Brand New’s The Devil And God Are Raging Inside Me