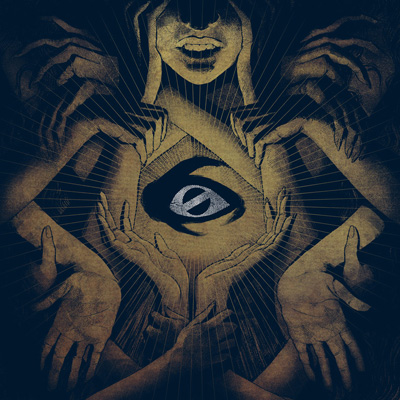 Riding the high of their first self-released album, the added perspectives of side projects such as Solace and Burning Empires, and the induction of new members, Misery Signals seem hungry, if not overly ambitious, on their Indiegogo-financed fourth album, their first in five years. In the past, Misery Signals were dominated by the seemingly never-ending monotone bellow of singer Karl Schubach, but on Absent Light visionary guitarist Ryan Morgan (and we don’t just throw the word “visionary” around) allows their songs to slowly simmer and bubble, Schubach barreling in at precisely the right moment to crash over the boiling pot. Tracks like “Luminary” and “Lost Relics” come straight out of the gate in a runaway sprint, but then dodge and dive in different directions throughout their three-plus minutes. Meanwhile, slightly longer songs such as “Shadows And Depth” and “Two Solitudes” use a Meshuggah-like heaviness to play off of spacey, light passages that build to the next Schubach rage explosion. But it’s not easy to pull off this ebb-and-flow metalcore sound without beating listeners down into the ground, and the only drawback is how punishing this album feels after closer “Everything Will Rust” fades out in a melodic passage. On Absent Light, Misery Signals nearly find the perfect intersection of heaviness, atmosphere, proficiency and power, but the lingering feeling of, well, misery hangs in the air when the 11 tracks are done. Then again, with a name like Misery Signals, maybe that’s exactly the idea.