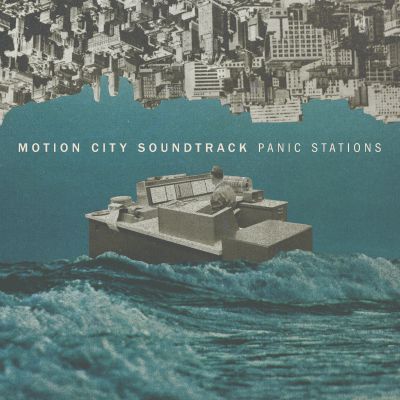 As the distorted answer to 2012’s clean-guitar- filled Go, Panic Stations is Motion City Soundtrack’s most straightforward release, swapping the band’s trademark lyrical and sonic quirkiness with polished production and simple songwriting. “TKO” is a synth-heavy callback to the band’s earlier singles with infectious “whoas” thrown about. “Over It Now” is the total package for a power-pop mega-single, showcasing Justin Pierre’s return to form with notoriously specific, yet relatable lyrics (“I always hated those techno songs you put on my compilations”). The band’s new, epic direction is also the album’s most fragile moment (“Days Will Run Away”). Although the lovable weirdness seems absent this time around, fans will be in for a solid and consistent rock album from start to finish.