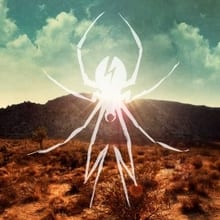 Danger Days: The True Lives Of The Fabulous Killjoys

It should come as no surprise that My Chemical Romance frontman Gerard Way has spent much of the past three years working on his graphic novel series The Umbrella Academy. Because his band’s fourth full-length, Danger Days: The True Lives Of The Fabulous Killjoys, is literally the sonic equivalent of a comic book. Narrated by the self-described “surgeon/proctor/helicopter” Doctor Death-Defying, the 15-track album is as visceral as the superhero wannabes of Kick-Ass and a vast sonic departure for the band. It’s truly hard to believe this is the same act who exploded onto the scene six years ago with the emo anthem, “I’m Not Okay (I Promise).”

While My Chemical Romance’s former peers have either embraced conceptual introspection (Thursday) or retreated from the spotlight altogether (Brand New), on Danger Days, MCR have fully followed their own larger-than-life creative vision. If nothing else, it’s admirable to see a band in their situation following their muse without worrying about pissing off diehard fans in the process. After a brief introduction by Dr. D (“Look Alive, Sunshine”), the album officially opens with the Bowie-inflected first single, “Na Na Na (Na Na Na Na Na Na Na Na Na),” a raucous track that’s got all the clichéd makings of a bombastic rock song: lyrics about doing drugs, harmonizing guitars and a tapping guitar solo. The only real surprising thing in this musical equation is the way MCR manage to make these elements their own. Overall, Danger Days seems to alternate between sweat-fueled ragers and power ballads such as “Bulletproof Heart,” which sets the stage for an apocalyptic love story that’s also teeming with youthful nostalgia. The looking-back vibe is further extended as Way croons about how “the pigs are after me” over a stripped-down riff that everyone has heard a million times before, yet still manages to sound fresh. That song, like much of the album, is aided by unbelievable axe-work courtesy of Ray Toro, whose tasteful shredding finally gets a chance to take its rightful share of the spotlight on Danger Days.

Additional highlights on the album include the impossibly catchy self-help anthem “Save Yourself, I’ll Hold Them Back,” (the equivalent of Survivor’s “Eye Of The Tiger” for future goth warriors of the world) and the unexpected ballad “Summertime,” which would fit nicely on lite-rock radio formats, the antithesis of the album’s more upbeat fare. And when MCR do get close to plagiarism—as they do on the shambolic Stooges-aping closer “Vampire Money”—Way takes a note from the Gaslight Anthem’s Brian Fallon and acknowledges it by quoting Iggy Pop’s iconic “street walkin’ cheetah” reference before the listener can. Well played, sir.

That’s not to say that this post-modern thriller doesn’t have a few duds—most notably the syncopated hi-hat dance experiment “Planetary (GO!)” and the way-too-close-to-Red-Hot-Chili-Peppers-territory “DESTROYA”—but with a record as bold and ambitious as Danger Days, you can expect a few casualties (and a lot of sound effects). Ultimately, the grandiosity that MCR built their name upon (cf. “Helena”) is still here, just re-contextualized on upbeat numbers like “The Only Hope For Me Is You,” which are slightly harder to get your head around initially, but far more fulfilling in the end.

That last statement is also true about the disc as a whole. Most people expected My Chemical Romance to go the way of Green Day, choosing instead to hedge their bets and deliver The Blacker Parade. Fortunately with Danger Days, MCR havefar more in common with the Flaming Lips than anyone currently operating in any “punk” scene. How they were able to construct an entire multi-layered universe (sonically, lyrically and with narration!) for listeners to get lost in—while writing some of the strongest and catchiest songs of their career—is anyone’s guess. For the cookie-cutter bands and haters out there, that’s what we call sweet revenge.