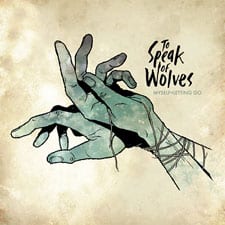 This Greensboro, North Carolina-based Christian metalcore band have all the tricks down–their full-length debut, coming on the heels of last year's Following Voices EP on Tragic Hero, kicks off with drums that sound like they're coming through a cell-phone speaker, but then it gets all heavy 'n' shit and frontman Rick Jacobs starts gargling his own blood. "Dimming The Light" sums up their artistic ambitions pretty well, shifting back and forth between ultra-brootalchugga-chugga riffing (expertly produced by the master of high-tech headbangin', Jason Suecof) and shiny, crooned choruses that are so clean they're almost bubblegum. They pull the same trick on "White Dress, Red Letter," but the difference is even more stark; it's like two different songs duct-taped together. And frankly, the quiet, Deftones-ish parts are the parts worth saving. TSOW should consider abandoning the tough-guy posturing and become shoegazey crooners. Jesus probably gets tired of all the yelling.