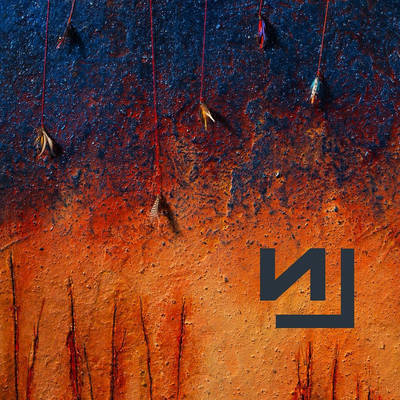 Oh, Trent Reznor. We want to hold you aloft on our shoulders and march through the centers of cities for raising the bar for electronics-based rock music, burning dramatic live shows and making sure film-music composer Hans Zimmer got one less Academy Award. Then we want to throw you down and kick you repeatedly in the balls and teeth when you embark on a “farewell” tour, only to return three years later and sign a contract with the major label responsible for enabling Train. It feels like your reward for sequestering yourself in the studio for long periods of time is being able to later dick with the expectations of fans, critics, trolls and the guy who fills the soda machines at the Sony Corporation offices.

Hesitation Marks, the new album from Nine Inch Nails, is both business as usual and remarkably prescient. Much of the guitar-based charging that has powered most of Reznor’s output to date has been dialed down significantly. But if the omission of mad thrashing guitars is a deal-breaker to some listeners, more cultivated ears will embrace the various minimal synthesizer stylings both percolating (“Copy Of A,” “Running,” “In Two”) and throbbing (“While I’m Still Here”) that bear out Reznor’s logic that a whisper has the propensity to make you squirm more than a throat-shearing scream. When the guitars do come to the forefront, they sound even brasher in context. While this reviewer can’t hear it, “Everything” has been deemed by many internet denizens as T. Rez’s take on “pop-punk,” probably because it’s the most conventionally linear thing on the whole disc. “All Time Low” is robotic funk peppered with plucked harmonics that melds LCD Soundsystem’s cosmopolitan sophistication to the arcane sonic vistas found in Reznor’s masterpiece, The Downward Spiral. Likewise, the sultry grooves of “Various Means Of Escape” are made even more taut by processed guitars that aid in those askew atmospheres that have become part and parcel of his work.

Lyrically, it’s hard to tell where Reznor’s head is these days. Given his well-publicized dalliances with substance abuse, he doesn’t come off like the kind of caricature that saddled Kurt Cobain (cf. Nirvana’s “Heart-Shaped Box”) or the equally trite “new man” persona who might make a concept album about the benefits of a plant-based diet. Reznor’s not singing about crowns of shit or his “#1 Dad” coffee mug, but his level of introspection has gotten more piercing, via the middle-aged existential vibe of “Copy Of A,” the triumphant survival instinct in “Everything” and the damaged persona embodied in “I Would For You.” (Which is not a Jane’s Addiction cover, by the way.)

With Hesitation Marks, it feels like now more than ever, NIN/Reznor is out on his own island, impervious to rapidly collapsing trends (read: dubstep), the current exploits of both his colleagues and mentors (the less said of which…), and the futile demands of his fanbase. This just in, bro-dudes and stripper chicks: Reznor doesn’t want to fuck to you like an animal anymore. He’s gonna make your consciousness come on his terms, one way or another.