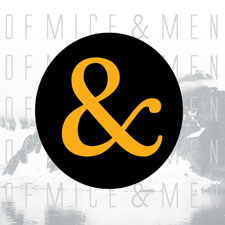 Of Mice and Men


Yes, Of Mice & Men were formed by the former Attack Attack! frontman Austin Carlile. You should keep reading, though; they're nowhere near as awful as that implies. OM&M don't break any new ground–fans of overwrought screaming that leads into piercingly shrill clean vocals, ultra-percussive guitar riffing, and breakdowns every 30 seconds or so will find a slot for this right alongside many similar discs by similar acts. But a few of their attempts to stretch out slightly come off well; the piano at the end of "Second & Sebring," not to mention Carlile's softly crooned vocals that nudge into Coheed And Cambria territory, make it more than a typical screamo riff-display. These guys don't have a damn thing new to say lyrically, and they haven't reinvented (or even re-treaded) the wheel musically, but they're not bad.