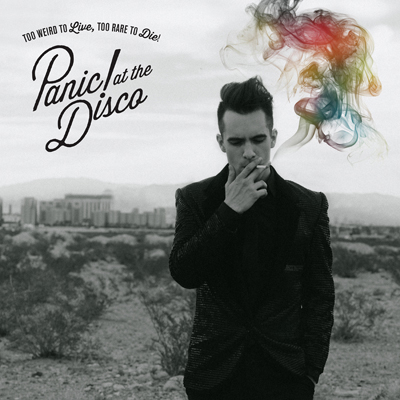 Too Weird To Live, Too Rare To Die!

After three albums, disparate directions and more lineup changes than the cabinet of a Republican presidency, Panic! At The Disco have completely hung up their steampunk wardrobes to deliver one of the year’s finest modern-pop works. On Too Weird To Live, Too Rare To Die!, Panic 2013—vocalist/multi-instrumentalist Brendon Urie and drummer Spencer Smith—sound as confident as ever, exploring moments of quirky dance tracks (“Vegas Lights”) new wave electro-pop (“Girls/Girls/Boys,” “Far Too Young To Die”), deep intrigue (“Casual Affair”) and aching poignancy (“The End Of All Things”). As a singer, Urie has never sounded more assured—and with good reason: P!ATD have made four albums that sound nothing like each other, yet they continue to pique the curiosity of ardent fans, vocal critics and an ever-growing crowd of folks that were late to their party years ago.