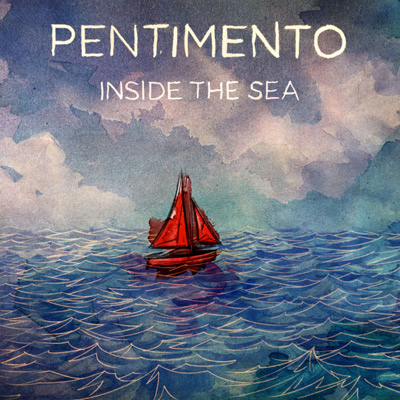 Inside The Sea EP

Two lines into “Not So Young,” the opening track of the new EP by Pentimento, vocalist/guitarist Jeramiah Pauly sings, “It’s bringing me back to when I was young, but not so young that I couldn’t sort my feelings out.” That’s exactly the emotions that these four new songs by the Buffalo, New York, four-piece evoke: nostalgia for a time when bands wore their hearts on their sleeves and were able to hold their heads high with dignity. We’re talking the early days of emotive, melodic hardcore, like a Wig Out At Denko’s-era Dag Nasty meets the Midwestern emo-rock scene of the late ‘90s (think the combined back catalogs of Deep Elm and Crank!). With an ace recording team that includes production by Jay Zubricky (Every Time I Die, Kid Gorgeous), mixing by Vince Ratti (Circa Survive, the Wonder Years) and mastering by Decendents/ALL guitarist Stephen Egerton, Inside The Sea sounds brilliant: Drums crash, bass bubbles and melodic guitars sweep over harmonized vocals by Pauly and drummer Mike Hansen. “Just Friends” builds into a sing-along frenzy more rooted in the hardcore leanings of the band’s self-titled debut before dropping out to strumming guitar. In fact, all four of these songs cover a lot more ground than the group’s previous material; it’s clear they are working towards expanding their sound in all directions. A perfect stopgap between full-lengths, these four songs show a band hungry and primed for the next level, nudging themselves politely into that sweet space in our music collections.