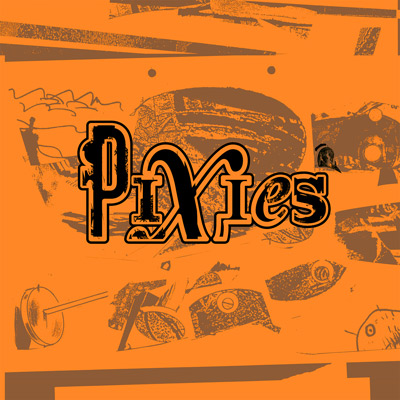 Watching someone grow old daily is a subtle, sometimes imperceptible process. But when a friend shows up again after more than two decades, the reunion can be a shock, and the focus is almost inevitably on what the person is now not. So it is as well with bands, and clearly, Pixies, Mk. II risks such a heartbreaking rejection at nearly every level. Here are the stakes: An iconic alt-rock band, led by an equally as iconic frontman (Frank Black/Black Francis) reunite with their iconic producer (Gil Norton) for their first album in almost a quarter-century. It does so minus its second-most iconic member (bassist Kim Deal, who surprised few by bowing out at the start of this project). Then the band have the audacity to sound their collective age, downplaying the piss and vinegar of their salad days and offering a new batch of slower, more thoughtful and melodic (though occasionally noisy and occasionally nasty) songs. Oh, and don’t forget the part where the group release three EPs of material prior to the long-awaited album proper, which ends up being simply a collection of all three EPs re-sequenced—perhaps lowering expectations overall, but also heightening scrutiny, giving pundits three times the opportunities to respond on blast.

The critics do have a point, to a point. These are not the Pixies of “Debaser” and “Crackity Jones,” fast and off-kilter and disturbing even when the surfaces are superficially familiar. You could be forgiven for mistaking “Another Toe In The Ocean” and “Jaime Bravo” for Bob Mould and Weezer, respectively; Indie Cindy has a thick layer of polish that Pixies never came close to achieving or embracing, even in their Elektra years. That’s epitomized on “Ring The Bell,” one of the four tracks from the third and final EP. Its chiming majesty and cosmic longing suggest some great lost single by Liverpool’s legendary The La’s, which is to say it sounds absolutely nothing like any item in Pixies’ back catalog. Even when the band consciously reference their own past, the reflections warp into something wistful. “Snakes” slithers in with appropriate serpentine menace, but concludes, “There’ll be nothing to do/when the rattle shakes.” Meanwhile, “Greens And Blues” seems like a resigned, folky rewrite of 1991’s “Planet Of Sound,” as its alien narrator concludes, “I’m wasting your time… I’ll leave you alone.” Disc-opener “What Goes Boom,” with Black Francis’ naughty nonsense rhymes riding a punishing riff, is probably the closest thing here to vintage Pixies, but even that song slides effortlessly into a Bowie-esque chorus more sophisticated than the raw pop-punk of Doolittle.

The biggest difference, however, can be marked on the title track, which might be considered an update of Trompe Le Monde’s “Subbacultcha.” With that song, Francis cast a jaundiced eye at what passed for hipster culture in the early ’90s, sneering by extension at some of the band’s own followers; on “Indie Cindy,” he addresses the group’s fanbase directly. The snarled spoken-word verses offer a link to Pixies' past, but the chorus makes plain a new message that’s surprisingly humble, and in no way mixed: “Be in love with me/I beg for you to carry me.”

Which begs the biggest question of all: Is there a place for a Pixies largely shorn of bluster and bravado, who have done the unthinkable and matured—perhaps even, perish the thought, mellowed? The answer isn’t just about Indie Cindy. Do you find the reborn Stooges and New York Dolls, still getting teenage kicks as senior citizens, exhilarating or embarrassing? Should you pay a week’s salary to inhabit the same ZIP code as Mick and Keith for a night, and watch their shambling shtick on a Jumbotron? Why do B.B. King and Chuck Berry keep doing what they do, long past the life expectancy of the average American male? Or can you really age like Sinatra and Bowie, and keep your dignity long after the stage is no longer covered with knickers?

Undoubtedly, disgruntled fans will argue that Francis should have simply put this out under his own name, to spare the brand and the memories. That not only dismisses the contributions of guitarist Joey Santiago (which are admittedly less visceral) and drummer David Lovering, it demands that Pixies must huff and puff and blow your house down, or simply remain trapped in amber. The subtleties of Indie Cindy—lyrical and musical—won’t be to everyone’s liking, but this is the sound of a once-brash band dipping another toe in the ocean and hoping the tide won’t recede. There’s something un-Pixielike about that tentativeness, yes, but surely this group, and these fine if uncharacteristic songs, should have the chance to re-enter pop life on their own older, wiser terms.