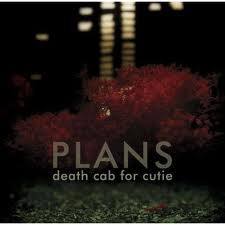 A lot has been made in the past year of the facts that Death Cab For Cutie finally signed to a major label, became ubiquitous in pop culture via The O.C. and, above all, proved how much it must suck to be Ben Gibbard’s ex-girlfriend. But here’s the thing: None of this really matters. The music on Plans overshadows the band’s media blitz, as it seamlessly picks up right where 2003’s Transatlanticism left off. Once again, Ben Gibbard waxes nostalgic in his distinctive croon over an expertly arranged bed of inoffensive indie rock that’s cinematic in scope and grows more infectious with each listen. The main difference with Plans is that it’s more optimistic and, at times, too inoffensive, markedly lacking the feedback freakouts of the band’s live show-or last album, even. Then again, this minor qualm aside, if we could write love songs as heartfelt and haunting as “Soul Meets Body” or “I Will Follow You Into The Dark,” we probably wouldn’t pen anything else, either.