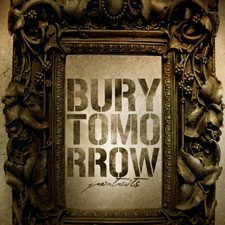 This U.K.-based metalcore ensemble have perfectly cloned the sound of their Stateside peers. They've got the breakdowns, the doubled-up lead growls that make frontman Danni Winter-Bates sound eight feet tall and 400 pounds, the mostly clean but occasionally shouty chorus vocals from guitarist Jason Cameron and the ultra-downtuned riffage balanced out by occasional bursts of high-pitched dissonance referred to as solos. The drumming is precise, mechanistic and rarely any more intricate than it has to be–these boys are aiming for a Gothenburg-meets-Victory Records sound, and they achieve it. (There's also one acoustic number mid-disc.) If you're wondering whether they bring anything unique or unexpected to the table, the answer is no.

Is Portraits a pleasurable enough melodic metalcore album while it's playing? Absolutely. Will you remember it after it's over? Probably not–but history holds a lesson for us, as it so often does. In the early 1970s, a zillion faceless groups of young white men, many from the U.K., made heavy blues-rock and proto-metal albums, most of which disappeared into the void only to be rediscovered years later. And who knows? Perhaps four decades from now, there'll be a resurgence of interest in metalcore. Pack away a copy of Bury Tomorrow's album just in case they turn out to be 2040's answer to Toe Fat or Killing Floor.