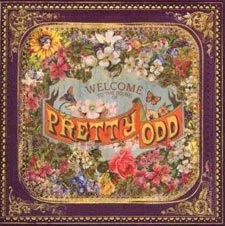 Panic At The Disco

Since telling the world he’s “matured” while feeding his head assorted Beatles and Beach Boys discs, Panic At The Disco majordomo Ryan Ross has been dancing in the crosshairs of haters and critics alike. Who does this bank-makin’, dancer-datin’ 20-nothing think he is, making this mea culpa after selling a million-plus copies of A Fever You Can’t Sweat Out, a staple of the much-maligned emo movement?

Turns out he’s just as bored as his critics. Pretty. Odd. can be summed up in one word: Ambitious. Panic have created the best album of 1971, loaded with dense arrangements, multi-tracked vocal harmonies and assorted keyboard, tuned percussion, string and horn charts seemingly lifted out of a dirty, faded box in Sir George Martin’s garage. This reinvention also works for the band as players, as well. Singer Brendan Urie’s performances seem more at ease within these atmospheres, giving songs like “That Green Gentlemen” and “Northern Downpour” an appropriate resonance compared to Fever’s moments of egregious whining. Ross’ guitar phrasings frequently conjure the late George Harrison, giving the songs both edges and melodic sensibilities. Drummer Spencer Smith keeps things solid for Ross and producer Rob Mathes’ sonic flights of fancy, be they psychedelic (the bubblegum acid-test of “When The Day Met The Night” or pastoral (“The Piano Knows Something I Don’t Know”).

Things do get infuriating, though, when Panic feel the need to be clever. The smug “We’re So Starving,” the MySpace song that had both fans and foes thinking it was some kind of ironic arena-rock fist-pumper (think Cheap Trick’s “Hello There”), leads the album. The straight-up country number “Folkin’ Around” comes off as a trite inside joke with a mocking title. The whimsical “I Have Friends In Holy Spaces” might get a handful of fans to Google terms like “wax cylinder” and “Rudy Vallee,” but little else. The closing “Mad As Rabbits” starts with a snippet of what sounds like a lost Roxy Music jam from the ’70s but falls short of being the great-grandchild of David Bowie’s “Suffragette City” it could’ve been.

The most telling thing about Pretty. Odd. is how its big-production signifiers will reinforce the notions of parents and stodgy rock critics about how things were “so much better back then,” decrying current youth-culture trends in rock music. When successful bands like Panic At The Disco and My Chemical Romance mine deep into history to inform their new works, they’re making more pertinent commentaries about the state of things than paid critics. We can only wonder what Panic will leave behind for their next record.

TRACKLISTING
1. We’re So Starving
2. Nine In The Afternoon
3. She’s A Handsome Woman
4. Do You Know What I’m Seeing?
5. That Green Gentlemen
6. I Have Friends In Holy Spaces
7. Northern Downpour
8. When The Day Met The Night
9. Pas De Cheval
10. The Piano Knows Something I Don’t Know
11. Behind The Sea
12. Folkin’ Around
13. She Had The World
14. From A Mountain In The Middle Of The Cabins
15. Mad As Rabbits