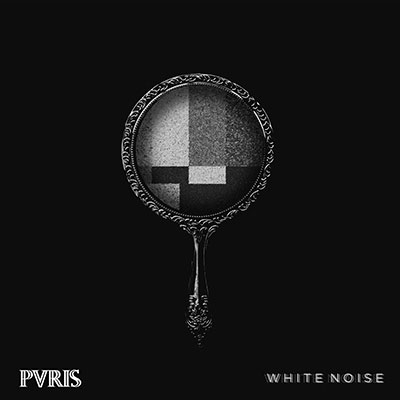 Female-fronted electro-pop? It’s not what you’d expect from the Rise/Velocity roster, but that’s just what PVRIS (pronounced “Paris”) offer up. “St. Patrick” made for an obvious single choice: It’s party-ready and realer than the radio (“You give me something to think about/That’s not the shit in my head”). “My House” continues the keyboard-caressed, chorus-centered ride; Lynn Gunn could really be this scene’s next star. “Holy” starts starry-eyed on the synth and ’80s-influenced on the beats, with Gunn laying down angelic to passive-aggressive vocal lines; a stadium-sized siren worthy of Jock Jams marches “Mirrors” to further victory. Only a few slip-ups occur (“Eyelids” wanders for too many minutes), but all in all, it’s a shiny debut from a band we are excited to watch improve.