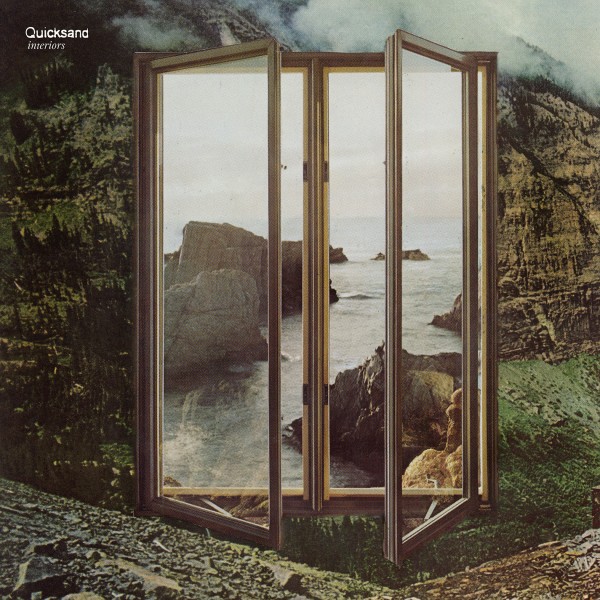 The last time Quicksand released a formal LP, Bill Clinton was in office. 1995’s Manic Compression lead off with a bashing track called “Backward” that was noticeably less dense than their prior work—intentionally brittle and wiry at points, opting for dissonance to replicate punch, rather than hip-hop cadence and raspy vocals. Twenty-two years later, Interiors begins with the monolithic thud of “Illuminant,” with the band deliberately navigating the post-hardcore path they forged in the ‘90s, methodically and tastefully. The first impression? Much like Failure, who also followed a similar career trajectory (yet rarely crossed paths), Interiors immediately finds its tone and groove, tapping the quartet’s synergy and sounding exactly how it should in 2017. Steadily paced by drummer Alan Cage’s Bonham-esque stride, bassist Sergio Vega and guitarist Walter Schreifels alternate between gauze-like texture, punch and crunch. Between the patterns lie melody, sharp dynamics and the space to breathe, specifically for Schreifels’ vocals, who now rely less on pushing his vocal meter to relay the malaise of the modern world, thereby allowing his lyrical allegories to do the heavy lifting. Throughout its 12 tracks, Interiors channels the mood swings, darkness and inherent optimism that rush through us all, especially in 2017. Transcending genre, Interiors is Quicksand in 2017, a time where no one is quite sure if we’ve moved backward.