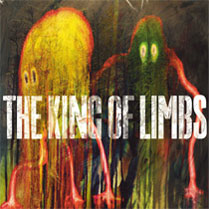 The King Of Limbs

I wrote the following text on my personal blog after spending a day with Radiohead’s new album, The King Of Limbs:

“I’ve listened to The King Of Limbs about three times in its entirety, and in fractions, about six or seven times. As has been the case with most Radiohead albums, it feels like a grower, and more so, much like Kid A and Amnesiac, it feels like a slow grower, a record that I really won’t be able to develop a lasting appreciation for until I’ve spent a considerable amount of time with it. Not 10 or 20 listens, but 50, 60-plus, with headphones and without, in the car, in the house, with friends, in solitude, as a music fan, as a musician, comfortably inebriated and stone cold sober. While that seems like a lot of time to spend with one record (and frankly, it is), if any band have earned that sort of investment of time, it’s Radiohead.”

Fast-forward 20 spins of the record and five days later, and my early thoughts are slowly proving true. Each time I listen to The King Of Limbs, my ears are drawn to a new layer of ambience, a recording nuance I missed on a prior listen, a lyric that draws me in and sticks with me, a piece of electronic percussion that I didn’t notice without listening on headphones, or a hypnotic piano, rolling bass line or minimalistic guitar line. There’s just incredible depth to The King Of Limbs, and if you’re impatient, you’ll miss it.

In my eyes (or ears), one of the most exciting things about a getting new Radiohead record is that you really have no idea what you’re going to hear once you push play on your preferred listening device (aside from ultimately hearing a record that is frustratingly good on far too many levels for me to adequately put into words here). True to form, in my initial listening session, the first five tracks of The King Of Limbs had me scratching my head a bit, in a delightfully surprised and satisfied, “They’ve fooled me again” sort of way (save “Little By Little”, which struck me as a track that would feel very much at home on In Rainbows). I think my expectations were due in large part to how band-oriented and rock-fueled In Rainbows had been. There is no “Reckoner” here, no “Jigsaw Falling Into Place,” no cathartic climax a la “All I Need”—but the more I listen to The King Of Limbs, the more I’m okay with that. The final three tracks feel a little more along the lines of what I thought I might hear this time around, highlighted by the swirling string arrangement during the coda of “Codex” that gives me the chills in a way that only Radiohead can.

If there’s anything I feel like the album might be missing (and the more I listen, the more I realize that answer to this question is, “Nothing, really.”), it’s more of Jonny Greenwood’s grittier rock-and-blues-inspired guitar work. (Not that the absence of such effected Kid A or Amnesiac negatively. They’re two of my favorite records ever, the former being the favorite record ever.) It almost feels as if Greenwood’s work on The King Of Limbs was focused less on what he could do with his guitar; it’s more akin to the work he’s been doing creating soundscapes while scoring films like Bodysong and There Will Be Blood. As a result, a good deal of The King Of Limbs feels like it could have very easily been the next Thom Yorke solo album. (Not that that’s necessarily a bad thing.)

Given the lack of Greenwood’s guitar work and the record’s brevity (eight tracks), I can’t help but wonder if there isn’t another LP ready and waiting in the wings. Maybe it’s a companion piece from the same studio sessions, like the Amnesiac to The King Of Limbs’ Kid A. Or maybe this is the “king” of limbs and other limbs will be revealed in a series of shorter (think EPs), more frequent (quarterly, perhaps?) releases. Or maybe this is it, and in a few months, this album (like Kid A) will have tied my brain in knots and moved me and inspired me in ways I never thought possible. It’s definitely well on its way to doing that as I type this.

If I can be sure of anything about Radiohead, it’s that I won’t get what I expect.

And that’s quite all right with me.

Riley Breckenridge is the drummer of Thrice, who are currently working on their eighth album.