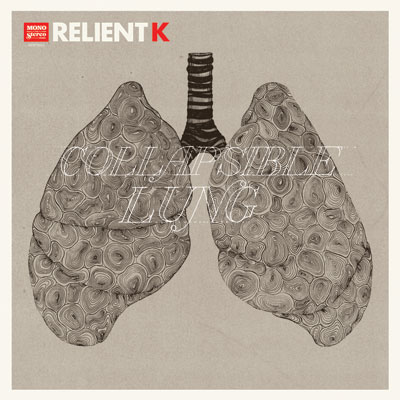 Maybe we should’ve expected this. Relient K’s last album, 2009’s Forget And Not Slow Down, was a brilliantly brutal breakup record penned by Matt Thiessen that sounded like what we imagine Ben Gibbard would create if he fronted a pop-punk band. Unfortunately, the album wasn’t a commercial success like previous RK records have been. Now we’re left with Collapsible Lung, the dreadfully plastic yang to Forget’s emotional, powerful yin. Thiessen, an accomplished songwriter in his own right, recruited a number of big name co-writers for Collapsible Lung, resulting in songs that sound like poor facsimiles of Maroon 5 (“Part-Time Lover”), Bruno Mars (“Can’t Complain”) and Neon Trees (“Gloria”). The album turns itself around temporarily with the closing soft ballad “Sweeter” and the midtempo, wistful title track, each carrying more emotional resonance than anything else preceding them. Unfortunately, it's too little, too late. Oh, and that bonus track featuring Owl City? It’s called “That’s My Jam,” and it’s one of the schmaltziest adult-contemporary pop songs we’ve ever heard and should be avoided at all costs.