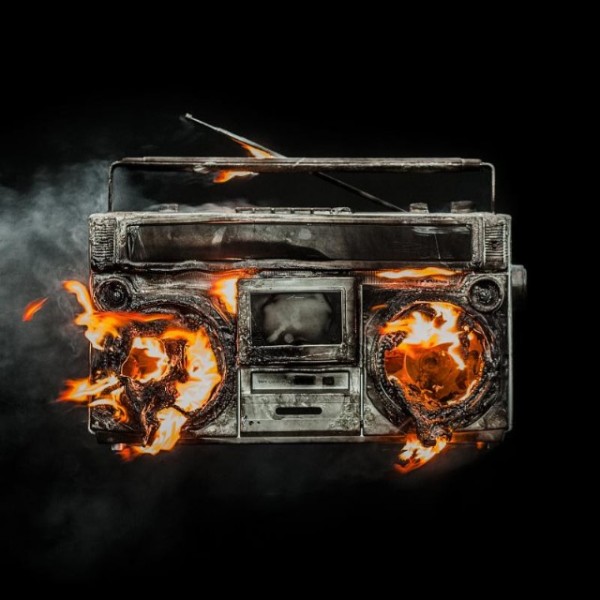 Whether it’s wrestling with the world outside or the enemy within, punk needs a struggle if it’s going to mean something. For Green Day, wartime under George W. Bush gave 2004’s American Idiot a career-resurrecting sense of purpose, while the existential aftermath of a post-Bush America fueled 2009’s 21st Century Breakdown. And while the band’s 2012 “solo trilogy” ¡Uno!, ¡Dos! and ¡Tre! reflected their optimism during the Obama years, it wouldn’t take long for the struggles to move inward: family and touring members' battles with cancer; frontman Billie Joe Armstrong's 2012 rehab and recovery.

With the stripped-down, self-produced Revolution Radio, Green Day come to terms with their demons, only to find a new struggle waiting on the outside. Terrorism, racial strife, class warfare, a divisive presidential election—this is just some of the tension that underpins the album’s 12 songs. But Radio also is the most intensely personal Green Day album in years; as much a celebration of life on the upside of 40 as it is a reminder of the choices, conflicts and contradictions that mark a life well-lived.

Building off a plaintive melody that weirdly recalls Boston's “More Than A Feeling,” “Somewhere Now” starts things with the most ironic opening line in Green Day’s catalog: “I'm running late to somewhere I don't want to be.” It’s a simple play on boredom, inertia—stuff we’ve heard before. But as bassist Mike Dirnt and drummer Tré Cool power toward a crescendo, the tone darkens, the urgency builds, and Armstrong's lyrics (“Here comes nothing/We’ve got nothing to lose”) feel like a rallying cry to stop wasting time and start taking action.

It's a quick turn into the topical from there. The racing, propulsive first single “Bang Bang” finds Armstrong stepping out of his own head and into the psyche of a mass shooter. The minor-key-driven “Revolution Radio” doesn't explicitly mention Black Lives Matter, but with calls to “Testify for the life that's been deleted” and “Sing, like a rebel's lullaby/Under the stars and stripes/For the lost souls that were cheated,” it’s easy to make the connection. The rousing “Say Goodbye” extends the theme with gang choruses that’d be at home in any stadium—if not for lyrics that put the screws to racist cops. And “Troubled Times” opens with a vocal melody that's just a few notes removed from the Beatles' “While My Guitar Gently Weeps,” but unfolds into a pulsing, bass-driven lamentation on modern civilization's lack of empathy (“What good is love and peace on earth when it's exclusive?”).

While there’s nothing here that’d count as filler, the mid-album singalong “Bouncing Off The Wall” is the closest thing Revolution Radio has to a diversion. With its bone-simple lyrics and glam-rock swagger, the song feels like a party in the middle of a revolt. (Which, granted, could be the point.) Ditto for “Still Breathing,” which, despite its earworm of a melody, comes on like a relatively by-the-numbers emo anthem. It's a powerful song lyrically, though, with Armstrong confronting mortality through a cast of hard-luck characters and proudly belting, “I'm still breathing on my own.”

Maybe so, but Radio makes it clear the human condition needs a support system. The power-pop romp “Youngblood” sends a self-effacing thank-you to Armstrong’s wife, likening her patience to that of “Miss Teresa.” The acoustic closer “Ordinary World” (written for Armstrong’s film of the same name) is a beautifully simple meditation on unconditional love (“Baby, I don’t have much/But what we have is more than enough”). “Outlaws” leads off with a delicate piano figure, but as its huge choruses and walls of guitar rocket things skyward, you can feel the pride as Armstrong reflects on Green Day’s time together: “Hooligans, we destroyed suburbia when we were outlaws.”

Toward the album’s finale, when Armstrong cracks, “I'm hanging onto a dream that's too dumb to die” (in—where else?—”Too Dumb To Die”), what'd normally be a throwaway line feels poignant in context. The conflicted emotion carries into “Forever Now”—a glorious, multi-part epic on par with the most ambitious of American Idiot’s material. As the true punctuation mark on the album’s final third, it should offer a sense of closure. But Armstrong—who sings from his own point of view—is all contradictions: on top of the world, lost and listless, ready to die, ready to start a revolution. It’s the first time in years Green Day haven’t had all the answers. But as a statement on how it really feels to fight, it’s the closest to the truth they’ve ever gotten.