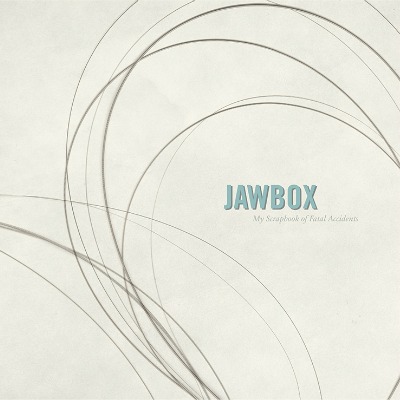 My Scrapbook Of Fatal Accidents

Hard to believe, considering that Washington, D.C., post-hardcore legends Jawbox came up in an era where vinyl was king, but this marks the first time the band’s posthumous 1998 singles collection, My Scrapbook Of Fatal Accidents, is getting the vinyl treatment. And, at two LPs, a big ol’ booklet and a CD copy tucked inside the gatefold, this reissue is quite the fitting treatment for a band whose influence feels even stronger today than when they were active.

Scrapbook, of course, isn’t shy about capturing Jawbox’s own influences. The collection’s cover songs reveal as much about the band’s excellent taste in punk (Buzzcocks’ “Airwaves Dream” and a slack, thwacking take on Minutemen’s “It’s Expected I’m Gone”) as it does about their gift for defying punk expectations (Cole Porter’s “I’ve Got You Under My Skin”). But the spiky, emotionally riveting ebbs and flows that powered Jawbox’s music also make these covers the band’s own—whether they’re injecting a heart into the otherwise steely math-rock of Tar’s “Static” or digging their off-time hooks into Tori Amos’ “Cornflake Girl” (which, bonus, wasn’t available on the album’s original issue).

The rest of Scrapbook—starting with a killer Peel Session, winding through rare and unreleased tracks that span the band’s career, and capturing the raw-yet-note-perfect energy of Jawbox live—is as thorough a document as you need of Jawbox’s evolution. Like their fellow Dischord Records alums Shudder To Think, the band got tighter, bolder and more experimental as their popularity increased. Which, while making them near-impossible to market, produced some of the best post-hardcore ever released on a major label. And, as heard in new hopes as far-flung as Title Fight and Into It. Over It., some of the most creative post-hardcore still being written.