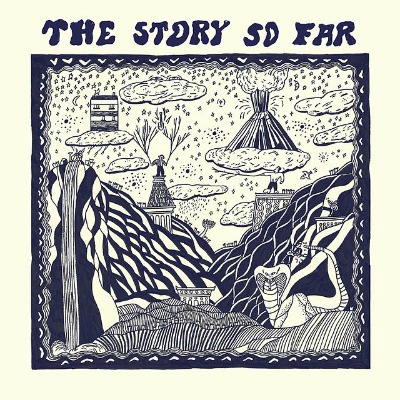 The Story So Far

The Story So Far

A new band naming its first album after itself is a sensible move. It’s a statement of purpose: the purest vision of where the group is starting from before other influences begin to muddy the waters. But when a band three albums into their career gets around to issuing the self-titled release, the music usually reveals a major shift or a kind of reset from their expected trajectory.

The Story So Far’s third (and eponymous) album wants to have it both ways. The band are as determined and fierce as ever, tearing into each song with the kind of authority that drove 2011’s Under Soil And Dirtand 2013’s What You Don’t See. At the same time, lead singer Parker Cannon sounds like a new man, both lyrically and vocally. Seemingly inspired by a particularly nasty breakup, he is both haunted by the loss and possessed by fury and recrimination. The wistfulness of past songs remains, but only to balance out his scorched-earth attacks.

As painful as it must have been for Cannon to go through it, this bloody-knuckled fight looks good on him. Listen as he aims for the heavens on the chorus of “Distaste,” urged even higher by some particularly fiery guitar work from Kevin Geyer and Will Levy, and fueled by frustration after his girl replaces him with both drugs and another boy. The singer is also able to balance soft and hard on “Nerve,” enraged at being “tossed into the gutter” and disappointed with himself for letting it bother him so much. And when he does rein it all in, crooning over the swimming guitars and shuffling drums on the shoegaze-inspired ballad “Phantom,” Cannon sounds downright defeated, memories of his lost loved one “just dancing, dancing in your old room” sticking in his throat.

Calling this new album The Story So Far is also an assertion of the band’s maturity. But the proof is in each one of the 10 songs: Every member is playing with a richness and depth that can only come from spending all this time in the studio and onstage together. They’re growing as a unit, and their music has only gotten better because of that. Now, more than ever before, this is the Story So Far.