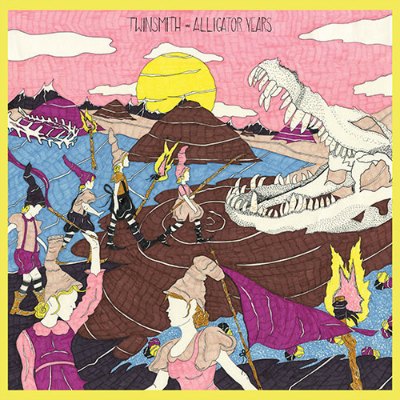 Twinsmith are probably the most Brooklyn-sounding indie-pop band to not actually come from Brooklyn. This Nebraska-based four piece deliver a solid album’s worth of jittery guitars, catchy hooks and synth-laden interludes that owe more than a little debt to bands such as Vampire Weekend, the Killers and Dirty Projectors. Songs like “Shut Me Out,” with its skittish guitars, and the more subdued closer “Carry On” offer hints at a band ready to cover new ground, with “Is It Me”  a strong contender for 2015’s catchiest song about the zombie apocalypse. But listening to the rest of Alligator Years, you can’t help but feel that you’ve heard this all before, with the band at times sounding almost like carbon copies of their influences. There are hints at a stronger album spaced throughout the record, but ultimately those uninspired tracks bog it down.