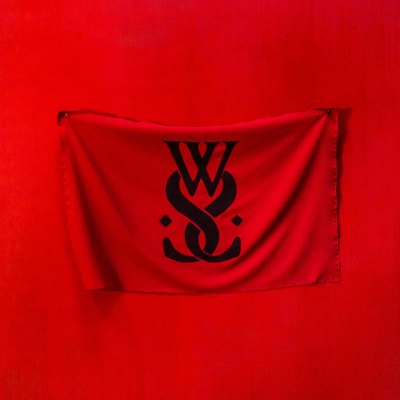 Hailing from Sheffield (the Northern England city that also gave the world Bring Me The Horizon, Arctic Monkeys and rock titans Def Leppard), While She Sleeps are all about the metal. Maybe that’s not wholly accurate: On their previous releases, the metal was wall to wall, but on Brainwashed they bring in more melody, darker and more epic atmospheres, and some winning loose and lairy rock ‘n’ roll swagger, all of which complement the armor-plated crunch they bring to the fore.

Once the brief (and unnecessary) intro “The Divide” gets out of the way, WSS kick things off with the mighty stomp of “New World Torture,” bringing the sky crashing down, and they do their damnedest to maintain this intensity throughout. When they’re in full-on attack mode (“Torment,” the title track and the ultra-catchy “Life In Tension”), they do a lot of damage, and are savvy enough to mix things up within each track. However, the band tend to be at their best at their biggest: “Four Walls” kicks off with a mournful, quasi-choral gang vocal before erupting into violence that gives way to a massive sweeping chorus. Likewise, “No Sides, No Enemies” opens things up in dramatic style, a somewhat plaintive, urgent air infecting both its harder, more aggressive passages and soaring choruses. Given that Loz Taylor tracked his vocals with a potentially career-wrecking polyp lurking in his throat he gives a formidable performance throughout. Broadening his scream—even adopting a raspy singing style on occasion—he tackles every track head-on, backed up by a ton of hardcore shout-along gang vocals that add extra weight. The leads and solos of guitarist Sean Long are also uniformly thrilling, adding melody and dynamics even when he’s going batshit crazy with the whammy pedal, all of this making it clear they have stepped their game up mightily since 2012’s This Is The Six.

While they have some way to go to earn the legion of fans or compete with the game-changing sounds of Bring Me The Horizon, Brainwashed should make While She Sleeps’ hometown crowd very proud of them. Smarter, boasting better songwriting and showcasing a wider breadth of emotion than previously accredited to them, it takes a big step forward, and only gets better with every repeated listen.

“No Sides, No Enemies”