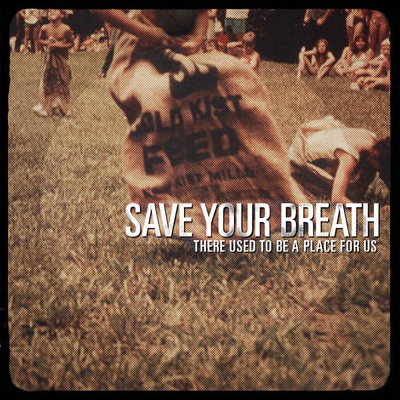 There Used To Be A Place For Us

If you like your music bursting with hooks and drenched in sunshine, then you could do a hell of a lot worse than There Used To Be A Place For Us. Still sounding like they could sit alongside any of the bands on the Drive-Thru Records roster circa 2002, the sophomore effort from Wales’ Save Your Breath doesn't deviate a whole lot from the sound they established on their 2011 debut. However, it is a more assured and catchier effort and showcases far better songwriting, and though the quality wavers on a few tracks, overall it justifies those who passed on them before taking another look.

With opener “Lessons” roaring out of the gate in a rush of adrenaline and fist-in-the-air excitement, SYB make it clear they want your attention. Likewise, the frantic strains of “Whole” and “Abandon” want you to sweat as much as sing along, their liveliness intoxicating. Even better than these are the massive anthems “Maps,” “Find A Way” and “Harrow Road,” all of them intent on taking up permanent residence in your head. That there is such a heartfelt ache behind these songs gives them so much more dimension than your average pop-punk band, and rounding things out with the glistening, haunting title track ends things on a poignant and subtle note.

That the record is being released in the fall seems something of a shame, since it screams out to be played on long, sunny days when all you want to do is have fun and forget about reality. Still, it’s unlikely that those who fall for its charms will tire of it any time soon, and for many the soundtrack to next summer starts right here.