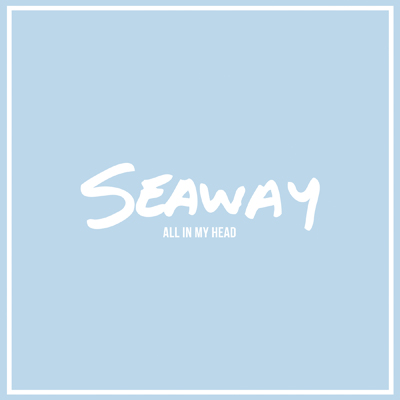 All In My Head EP

Maturity can be a painful process for most any band, but especially so for outfits that truck in that lovingly juvenile genre known as pop-punk. Few come out looking or smelling terribly sweet as their creative puberty hits. Ontario-based quintet Seaway, though, have pushed right through the awkward, gangly stages and landed smack in the center of confused early adulthood on their latest EP (and first for Pure Noise Records), All In My Head.

The four-song EP finds the tempos reined in, the emo feels cranked up, and singers Ryan Locke and Patrick Carleton easing up on their vocal throttle in often-moving fashion. The concerns, as ever, are the pains and joys of romance, and the band want you to take these heart-on-sleeve sentiments as seriously as they do. It comes off as slightly cloying sometimes as they rely on tried and true touches like the acoustic guitar and breathy singing on “Alberta” to the female vocalist brought in to add an ethereal element to the airy breakdown on “If I Came Back For You.”

But there’s a reason bands fall back into those nice, neat little patterns: They work. The effect of those two aforementioned treatments is surprisingly strong and only serve to make the louder moments that surround them feel that much more powerful. They are strengthened by the other two songs on the EP that cut to the quick, spilling out copious details of failed affairs, broken hearts and desperate pleas. This is the stuff that draws people in and this is the record that should bring a whole passel of new fans into Seaway’s world.

“If I Came Back For You”