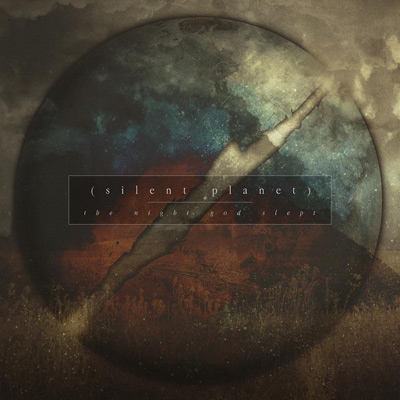 Dealing in coiling, contorted, brutal and melodic metalcore, Silent Planet make a strong impression on their debut full-length. While The Night God Slept provides plenty of thick riffs and pulverizing rhythms for those who want to lose their minds in the mosh pit, it is the haunting qualities that most engage, echoes of Deftones, Hands and Underoath resonating from their music. At times these leanings grow perhaps a little too pronounced and the band’s personality grows somewhat fuzzy, but when they are at their best they are gripping.

The brooding strains of “The Well” prickle the hairs on the back of the neck, its sadness playing off against raw aggression, something the band prove most adept at over the subsequent 10 tracks. The twisting, writhing violence of “XX (City Grave)” and “Wasteland” capture them at their most formidable, while ethereal instrumental interludes “I Drowned In The Desert” and “To Thirst For The Sea” are so frail it is easy to imagine them fracturing if played too loud. However, their best moments come when they interlace these two elements, and “Tiny Hands (Au Revoir),” “Darkstrand (Hibakusha)” and the jazzy “firstwake” stand head and shoulders above the other tracks. At times their determination to push and progress each track through various phases can be frustrating, certain riffs and melodies making too brief an appearance, though in most cases they manage to compensate with what follows.

Though only one song breaks the four-minute mark—and four don’t even make it to three—Silent Planet manage to convey such an epic air everything seems so much bigger than it actually is. This goes hand in hand with the grandiose religious themes explored within the lyrics, which admittedly at times come off as dense and even a little pretentious (and more so in the case of secular listeners), but their ambition is admirable nonetheless. If they can build upon this with what follows, Silent Planet may just be onto something special.