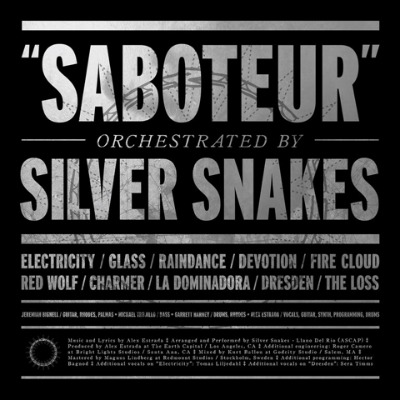 Silver Snakes have progressed along an increasingly heavy trajectory since their debut album, and Saboteur completes the evolution with refreshing creativity. The quartet pull from turn-of-the-century alt-rock, industrial (“Charmer”), stoner (“Dresden”), electronic (“Devotion”), post-metal and sludge styles to ambitious and surprisingly cohesive effect. The end result is something reminiscent of Thrice's fertile and expansive Vheissu/The Alchemy Index periods. Frontman Alex Estrada's lyrics are broad and open-ended, perhaps relating to belligerent determination and political turmoil, all the more effective when offset by his dynamic, bellowed growl (akin to Cave In's Caleb Scofield). His words are vivid, too, with steady mentions of clouds, Native American religious practices and dark red which reflects the album's sense of rage, power and mystery. It's an immersive, drawn-out patchwork of underground experimental rock and metal styles. Peyote not required.