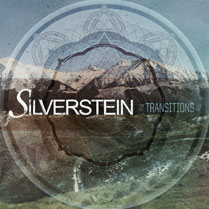 Burlington, Ontario’s Silverstein are back with a new label and a new EP, featuring a couple of songs from their next album (and Hopeless debut), scheduled for early 2011. The new songs are the typical Silverstein offerings, carried by Shane Told’s uncanny ability to switch between crisp, clean (and slightly Auto-Tuned) emoting and full-on aggro screams. “Sacrifice” and “Dancing On My Grave” are on par with their previous output on Victory; they’re solid and tight, although a tad bit rote at this point. As for the band’s sappier material, well, it doesn’t fare nearly as well. “Darling Harbour” sounds like the kind of tune that should be playing at a roller rink with a bunch of tweens out on their first group date—the kind of G-rated night where no one knows who’s really dating whom, and the chances of getting to first base are slim to none. Let’s not even get into how flaccid  the acoustic version of “Replace You” is. The EP ends with a surprisingly faithful and enjoyable cover of Nine Inch Nails’ “Wish,” maybe even good enough to get a nod from Trent Reznor himself. But let’s be honest, anyone over the age of 17 will do some serious cringing during this unbalanced EP.