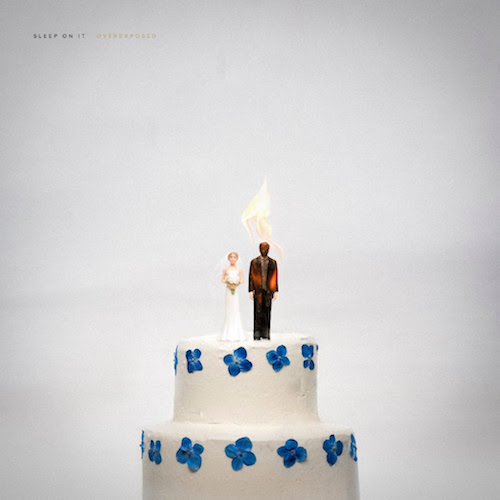 Sleep On It cemented themselves as ones to watch with their Lost Along The Way EP last October. Just one year later, they’ve dropped their debut full-length, proving that there was indeed way more where that came from. This time around, they fine-tuned their vocals, with guitarists TJ Horansky and Jake Marquis seamlessly adding to the dynamic of Zech Pluister’s lead. Pluister, himself, adds a new level of emotion on these tracks, which is best shown through the unique tone and biting lyrics of “Leave The Light On” (“You say that you’re happy when I’m gone/But I know that I’m the light that you left on”).

Read more: Catch Sleep On It on tour with Waterparks

While the band offer up the purest of pop-punk jams (“A New Way Home”), they also prove they’re not a one-trick pony by showing off their songwriting chops with ballads and acoustic numbers (“Photobooth,” “A Brighter Shade Of Blue”). However, there is still plenty proof that SOI stick with what they know—namely hook-filled bangers across the board, specifically on the title track. With lines like “You were a window/I saw it all differently through you” (from “Window”) to “Feel the tension/I’m a funeral procession/Driving circles around memories I’ve lost” (from “Distant”), Sleep On It are perfecting the art of memorable lyrics fans are bound to be shouting back at them for years to come.

OUR PICK: “Leave The Light On”