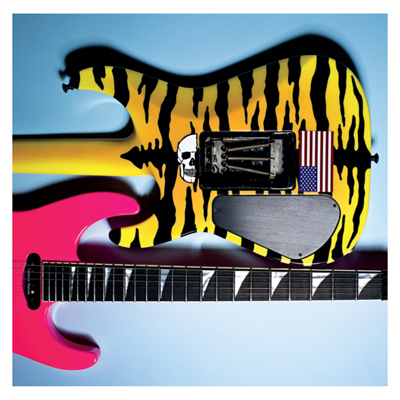 You’ve gotta figure Sleigh Bells are in a little bit of a weird spot. The dynamic they crashed into popular consciousness with on 2010’s Treats—the dense, high-gain thrash of mastermind Derek E. Miller and the alternately whispered and shouted gibberish of Alexis Krauss—wasn’t particularly built for the long haul; not professionally, at least. For one, Krauss was far too cute and charismatic not to inevitably steal the spotlight; second, she would eventually need more meaningful—if not recognizable—words to say; and finally, Miller would likely have to loosen his ferocious grip on the creative controls. While Krauss got more lyrics on 2011’s hit-and-miss Reign Of Terror, she wasn’t awarded equal input until this time around. As a result, Bitter Rivals has a few moments that evoke Sleigh Bells’ earliest, anarchic brilliance, but it’s much more reminiscent of a standard Brooklyn pop album than the pair’s first two efforts. That’s not to say this new incarnation of Sleigh Bells is entirely bad—just that it’s not exactly the same Sleigh Bells you fell for in the first place.

Of the 10 songs on Bitter Rivals, the first four are relatively familiar. The title track and its bleacher-busting beat bring an encouraging start; “Sugarcane” somehow allows Krauss the ability to do quick little Beyonce vocal runs before a booming finale; “Minnie” goes from cloying to potentially the most discordant song they’ve ever done; and “Sing Like A Wire” features a standard Sleigh Bells aesthetic only filtered through the cheesiest of distorted ’80s synths. But consider those a free pass before the more challenging fare. “Young Legends” could legitimately be the greatest Britney Spears song ever fucking conceived; the overtly Southern “Tiger Kit” and its “Hollywood sequel” line will ensure it plays behind any number of MTV series; “You Don’t Get Me Twice” has all the makings of a Gwen Stefani solo anthem; “To Hell With You” is easily the prettiest song ever to also prominently feature the sound of synthetic dogs barking; “24” somehow evokes both Michael Jackson and Nine Inch Nails; and “Love Sick” is an R&B song that somehow ends up sounding like Coheed And Cambria. The main difference between the final 60 percent of Bitter Rivals and the first 40 is that the end of the album revolves solely around Krauss—Miller is present, but mostly relegated to scattered searing bits here and there.

In the end, it’s an interesting album either way, and would likely garner far less criticism if it came from some anonymous upstart outfit. So it really all comes down to what you personally want in a Sleigh Bells album: If you’ve long hoped for a more mainstream direction and always wanted to hear just how sweet a singer Krauss is, Bitter Rivals could be your favorite Sleigh Bells yet. But if you’re wishing they could’ve evolved in a way that didn’t involve quite so many ballads and especially not at the expense of what made Sleigh Bells so great, this might not be as essential as you presumed it would be.