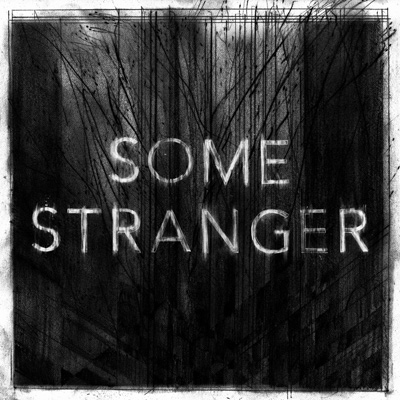 Some Stranger consist of vocalist Tym (from short-lived emo-rock outfit Daytrader) and guitarist Daniel Danger (who's played in many, less scene-affiliated bands, but best known as a visual artist with names like Star Wars and Arcade Fire on his resume). Together, they posit a question no one would have expected anyone to ever ask: What if Michael Jackson grew up in the early 2000s on Cave In (somewhere between Creative Eclipses and Jupiter) and At The Drive-In (specifically, Relationship Of Command)?

On paper, that setup shouldn't make sense at all, but on record, the answer is delivered confidently. Which, in turn, makes sense, since the band's self-titled debut EP plays contrast to its favor immensely. The first three tracks exhibit eerie and emotionally pensive atmospheres, with the band adapting more playful vibes for the last two cuts, “Song One” and “Sirens.” But all five boast the same kind of tight, memorable hooks that littered Daytrader's material, albeit via a far more frantic, dark and somewhat bizarre deployment.

The musical framework of Some Stranger is full of bending guitar squiggles and tasteful noodles that drive the songs hard and create engrossing spacial textures, with Tym's alternatively soaring and sneering vocals leading the EP every step of the way. In fact, he rarely—if ever—actually yields the spotlight to Danger for more than a moment, and while it's interesting to wonder what might occur if Some Stranger were to explore more instrumental tension, the lack thereof doesn't necessarily hurt the resulting product. (Maybe it'll be investigated more on the band's forthcoming full-length debut.) For now, this EP is an intriguing and excellent starting point.