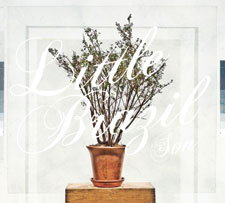 The members of Little Brazil can’t possibly be old enough to make this record, a heartbreaking portrait of midlife despair and dysfunction as seen through the eyes of a dad who only wants his family back. With a church organ setting the tone, the disc starts in a state of wedded bliss with the arrival of a son, as Langdon Hedges’ central character recalls the day he met his wife and tells her, “You’re still all I want.” Two songs later, everything he does just seems to piss her off in “Wasting Time,” and by the time you get to “Separated,” he’s reduced to catching dirty looks at soccer games. The first time you hear it, you’ll swear it’s the album’s emotional core. But then (spoiler alert!) he hits you with the suicide.Â