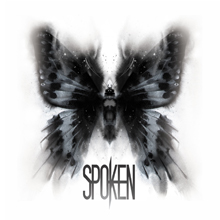 Like a security blanket, Christian nü-rock can be that safe, cozy thing to curl up against when deathcore and metalcore is just a little too much to handle. That’s not to say Spoken—returning for their first album since leaving Tooth & Nail Records in 2007—are all about puffy clouds and rainbows on Illusion, but there’s definitely a lot more room to breathe and reflect on these 12 songs than on most heavy albums.

Spoken are akin to Deftones without the sultriness (“Don’t Go”) or Stone Sour without the anger (“Take Everything”), and they also navigate through some pretty murky lyrical waters of faith, inner peace and struggle against one’s own worst enemy: oneself. Luckily, they do this with groove-rock riffs, screamy/singy vocals (think Papa Roach meets Linkin Park, as on “Accuser”), and enough songwriting chops to make hard rock fans perk up their ears.

There’s so much emphasis on the groove riff, and a lot tech-savvy metal fans will want to run towards the nearest shred-blender (fans of Chevelle and Thousand Foot Krutch need apply, fans of Miss May I, not so much). But, when taken solely for what it is, a super-solid riff-rock album, Illusion might even make Jesus throw up the, ahem, Jesus horns. Which are a lot like devil horns, but much safer and way less evil.