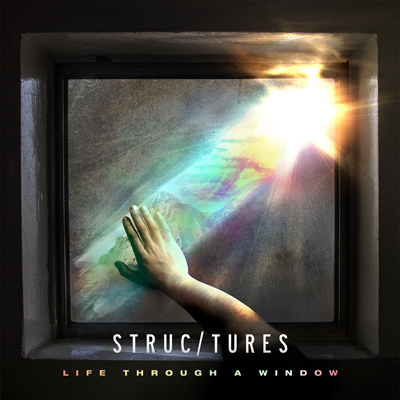 Life Through A Window

Having vomited up the likes of Gorguts, Neuraxis, Beneath The Massacre and Ion Dissonance, Canada has given the world some of the most brutal technical metal in existence. Structures may not quite scale the same nightmarish heights of their fellow countrymen, but they know how to make music that hurts. Armed with a sound comparable to that of Architects (UK), Structures chug, lurch and judder along in fine contorted style, hammering the listener with a relentless barrage of sonic violence and the throat-shredding vocals of Brendon Padjasek.

Opener “Buried” introduces the mechanical iciness that dominates Life Through A Window, the majority of the tracks displaying an impenetrable hardness that is as inhospitable as it is compelling. The loping horror and dissonant harmonics of “The Worst Of Both Worlds” makes for perhaps their heaviest salvo, though the eerie “Broken Telephone” is agitation at its purest. They change things up with the straight-ahead hardcore charge of “Extinction,” which just about works in context. However, as is the case with many of the current wave of heavy hitters, it is when shades of melancholy and even tragedy infiltrate the mechanized bludgeon that Structures are at their most engaging. The furious “Requiem” seems to be battling against such elements taking over, “Follower” even more desperately trying to hold it together while the atmospheric “Earth Gazing” and closing title track do not skimp on the violence but yank at the heartstrings nonetheless.

While at this stage they might not yet make for essential listening, Structures have delivered a record that throws down a gauntlet, demanding attention. Eschewing the kind of cheesy melody and nasal vocal infecting far too much metal of late, they focus on causing maximum devastation with music that is textured both sonically and emotionally, and they may yet do great things.