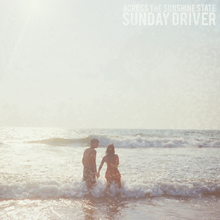 Across The Sunshine State EP

Even though they're more usually found in the hip-hop world than this scene, posthumous albums make a ton of sense. Think about it: At some point, a label commissioned (and paid for) a band to write and record a set of songs. Even if the band break up, why not at least try to recoup a little of the initial investment? Sunday Driver are in that position with Across The Sunshine State. The quartet recorded these five songs in 2005, along with other material that would make up their second full-length. The band eventually split with Doghouse in 2007 before calling it a day the next year, and these tracks likely sat on band members’ hard drives collecting dust until now.

As it stands, Across The Sunshine State is solely a for-the-fans effort. Sunday Driver might have come up in the same South Florida scene that spawned acts like New Found Glory, Shai Hulud and Strongarm, but they never caught on the same way their peers did. If these songs are any indication, it’s likely because the band are short on truly memorable moments. As such, most of Across The Sunshine State plods along—a collection of meandering mid-tempo emo that sounds kinda like Acceptance but with duller hooks. “Miserable Life” marries chunky power chords with a flashy guitar riff—proof the band are skilled players—but the one thing missing is the ability to craft songs that stick in listeners’ minds after they’re done playing. The more upbeat numbers (“Can't Turn Back Now,” “Conversation Ends”) are stronger, but even these songs aren't particularly urgent. Far and away, the EP’s highlight is “Pack Your Bags,” a driving pop-rock anthem that sounds ripped from the Bleed American-era Jimmy Eat World playbook. In the end, though, none of this really matters. There’s nothing really riding on the success of Across The Sunshine State—and sadly, there’s not much more for new listeners.