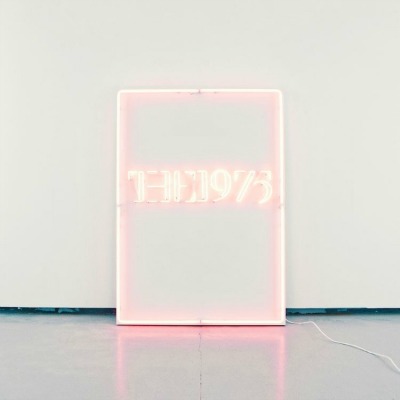 As much as they might lead you to believe otherwise, nothing about the 1975 has ever been small. What started as a Britpop-underground band with grungy influences ballooned—seemingly overnight—into a Tumblr sensation packs stadiums with teen girls in tattoo chokers and Chelsea boots.

But that’s what’s so provocative about the 1975’s newest effort. Their sophomore record unabashedly debases a rabid fanbase that had accepted a minimalist, black and white aesthetic as part of the package. I Like It When You Sleep For You Are So Beautiful Yet So Unaware Of It sounds least likely to be played in dirty venues packed with underage girls smoking cigarettes while frontman Matty Healy swigs red wine straight from the bottle. Here, the Manchester alt-rockers took a time machine from 2050 and landed squarely on the set of Saturday Night Fever.

The record starts with “The 1975,” a reworking of the opening song to their self-titled debut. From the beginning, the remake drenches the entire album in the bright pink hue of the band’s new aesthetic. “The 1975” gets a rose-tinted update, swapping whammy-bar abuse for choral harmonies. It segues immediately into “Love Me,” which is just so damn fun—already a shock to the system from a band that can be famously solemn. The first single off I Like It When You Sleep is blatantly Bowie-esque, perfectly at home on a disco dance floor. It marks the start of a dangerously upbeat record, rife with electro-experimentation and lusty horn fills the band had only hesitantly tested on their first album with tracks like “Heart Out.” Tracks like “She’s American” and “The Sound,” with their glimmering synth hits, are reminiscent of ’80s one-hit wonder Rick Astley in a way that is, somehow, positive.

But when that neon spirit falters, it’s glaringly out of place. Tracks like “A Change Of Heart,” while still lyrically impressive, tend to drag toward an easy-listening, Enya-soundtracked yoga class sound. It’s the only thing the band has lost pursuing their new sanguine direction, where they once produced refined, heart-rending pieces like “Fallingforyou” and the cult classic “Robbers.”

Despite its lengthy 17 tracks, gems still emerge. “UGH!” is a technicolor anthem, the more mature companion to the preceding album’s predominantly instrumental track “Menswear.” The glowy synth is perfectly juxtaposed with the typically sardonic Healy, as he pleadingly offers, “I don’t have the capacity for fucking/you’re meant to be helping me. “If I Believe You” is the real masterpiece of I Like It When You Sleep, a six-and–a-half minute symphony with an impossible blend of elements from a heartbeat-rhythm drum machine to a delicately plucked harp. Healy’s gospel choir backing is about as presumptuous as this band clearly wants to be, but it’s a harmonious fit with his near-whispered plea to the divine: “I’m broken and bleeding and begging for help/And I’m asking you, Jesus/Show yourself.”

All in all, the 1975’s sophomore effort isn’t nearly as disjointed or sudden as the chaotic and ominous social media campaign preceding the release would have you believe. For all of its sonic upheaval, there’s still a kernel of familiarity, particularly in distortion-driven tracks like “Lostmyhead,” that’s been taken and shaped into something entirely authentic and unique. The record is, in a way, what The Goblet Of Fire is to the Harry Potter franchise—lengthy, confusing, but potentially the best yet.

If you’re a 1975 fan, I Like It When You Sleep is not what you knew, expected or probably even wanted, but they make no apologies for that. Bands this fresh shouldn’t be able to do this. They shouldn’t be able to paint themselves as icons by their second record, already establishing their short musical history into definable eras. But the 1975 do. They decided that they could completely renovate their brand and rely on their fanbase to follow; lucky for them, it’s working. It’s a new era, and the 1975 are taking you with them.