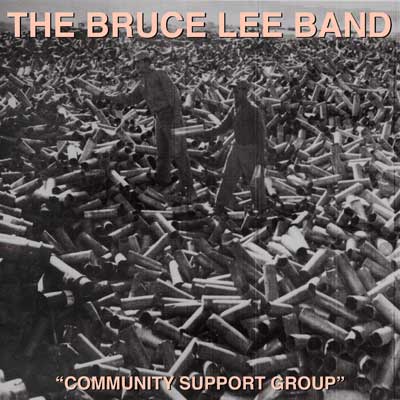 For his first Bruce Lee Band release in nine years, frontman Mike Park recruited some ringers in the form of AP scribe Jeff Rosenstock (ex-Bomb The Music Industry!) on bass/vocals, Hard Girls/Classics Of Love guitarist Mike Huguenor and Chinkees drummer Kevin Higuchi. Though this lineup have never played a show together, you wouldn’t be able to tell by the crisp, locked-in performances they deliver on this five-track EP. It’s Park’s most aggressive, energetic outing in years; the ska figurehead sounds vocally revitalized both in frantic, minute-long ska-punk freakouts (“AGH!!!”) and more conventional rock structures (“Dianna”). Throw in top-notch guest vocals from Anti-Flag’s Chris #2 (“Tanning Depression”) and Andrew Jackson Jihad’s Sean Bonnette (“We’ve Got The Money, We’ve Got The Power”) and a strong horn section, and you have a real winner. Ska’s not dead, folks.